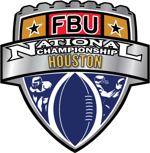 Timothy Jackson is a native Houstonian. He was raised in Northwest Houston. He graduated from Scarborough High School in 1986. He was one of the top football recruits in Houston. He earned both football and basketball scholarships. Coach Jackson attended Blinn Junior College on a football scholarship, where he received an Associate of Arts degree in Basic Studies. Upon completing Blinn, he was awarded a football scholarship to Texas Southern University. While attending TSU, he earned a Bachelor of Science in Health and Kinesiology degree. For his hard work and commitment he earned NFL prospect free agent status with the Dallas Cowboys, Green Bay Packers and L.A. Rams.

Through the years Coach Tim Jackson’s has been blessed to develop athletes on all levels. During his tenure many have earned college scholarships and some have excelled to the pro level. But, his ultimate goal is to prepare athletes for life.

Sports Prep’s mission is to use sports to serve and impact the lives of athletes, families and communities .Coach Jackson is a tremendous leader, where he has many youth, teens, collegiate and professional athletes participating in Sports Prep programs.

In his leisure time, Coach Jackson enjoys spending quality time with his beautiful wife Autumn Jackson and sons Brandon and Blake Jackson. He enjoys serving communities by volunteering and mentoring. He attends Lakewood and Grace Church in Houston ,Texas. He actively participates in the Men's Ministry and considers it a true blessing to have the opportunity to serve athletes and families. He is a health and fitness enthusiast who enjoys many outdoor activities such as; fishing, camping and hunting.